It was a dramatic role reversal they never saw coming, but one that thankfully came with a happy ending and a lot of newfound perspective.
WMHS Foundation Chief Development Officer Karen Johnson and her husband Greg were both stricken with COVID-19 shortly after Christmas, and while Karen experienced only mild symptoms, Greg spent nine days hospitalized at UPMC Western Maryland.
“It’s a life-changing experience,” Greg said, now approaching two months on the right side of his illness. “I was in there with a whole floor of people in the same situation as me, and not all of them left. That was in the back of my mind the whole time.”
Karen was the first to get sick, feeling ill a couple of days after Christmas and being diagnosed with COVID-19 soon after that. “I did pretty well,” she said. “I tried to keep as active as I could, and Greg was taking care of me. I had a fever and a cough, but it was not that big of a deal.”
Greg began feeling bad in the days that followed, spiking a temperature and experiencing the worst chills of his life. After going to the emergency department, receiving medication and heading home, Greg was back at the hospital a few days later after his blood oxygen level plummeted. This time he was admitted.
“I’m glad they caught it fairly early, but, at the same time, that didn’t ensure a positive outcome. I was pretty nervous,” Greg said. “It was pretty rough,” Karen added. “When I heard they were going to keep him, I broke down.”
Alone at home, Karen was in an unfamiliar position. “I figured I could either cry and get upset, or I could get ahold of myself and pray,” she said. “One of the first things I did was send out an email to some close friends to let them know what was going on. Then, I decided I would post on Facebook asking for prayers, and I was just astonished, overwhelmed and amazed with the response.
“I’m not a big Facebook person, but the updates would get 300 responses each. People from far and near were supportive. Each evening I would read Greg the comments. It was so encouraging. We heard from people we knew years ago as well as people who have been acquaintances and friends from a distance.”
Those friends from a distance included people from the Johnsons’ past whom Karen called “friends from different seasons of life.” People they were close to from previous jobs, school, etc.–many from whom they eventually grew apart. “But, then they show up, just like this, when you need them most,” Karen said.
Still other people whom they have known just peripherally offered prayers and advice, and even shared Karen’s Facebook posts to their own friends for prayer. “There were people in California, Florida, Arizona, and across the rural hills of West Virginia – people we’ve never met – praying for Greg because our friends spread the word.”
Thankfully, gradually Greg’s lungs started getting better, though his condition was up and down for several days. “I was so grateful for his caregivers,” Karen said. “I spoke to his doctor every single morning. I was never given false hope, but he was also never negative with me, and the nurses were unbelievable.”
Meanwhile, and though he is not someone who prefers the spotlight, Greg was thankful for all the well wishes being sent his way. “In some ways I felt that people were peeking in my window too much and knew too much about what was going on,” he said, “but, on the other hand, it was so encouraging knowing how many people were out there praying for me. I didn’t know I had that many friends, or even that many people who knew who I was.”
Now weeks after being discharged, Greg’s recovery continues as the couple looks toward the future with a newfound outlook on life.
Physically, positive steps come every day, and Greg looks forward to resuming his construction and remodeling projects soon. He is also a gifted tenor in the gospel group Servant’s Heart and has already resumed singing to prepare for upcoming appearances already scheduled.
Mentally and spiritually, of course, there is a lot for which to be thankful. Karen, so often on the other side of charitable and kind deeds, was the benefactor of countless messages, meals and gestures of goodwill. That experience is not lost on her. “I hope to be half as good a friend as mine were to me,” she said. “Greg and I are so fortunate that we are not often the needy ones.”
Greg has gained a lease on life he may not have experienced otherwise. “I am much more sensitive now,” he said. “I know people are still battling this, and I know not everyone’s prayers get answered. I don’t understand why, of course, so overall this has made me more tender. It changes your perspective on humanity. All of these people were willing to do anything for us. It’s just heartwarming.” 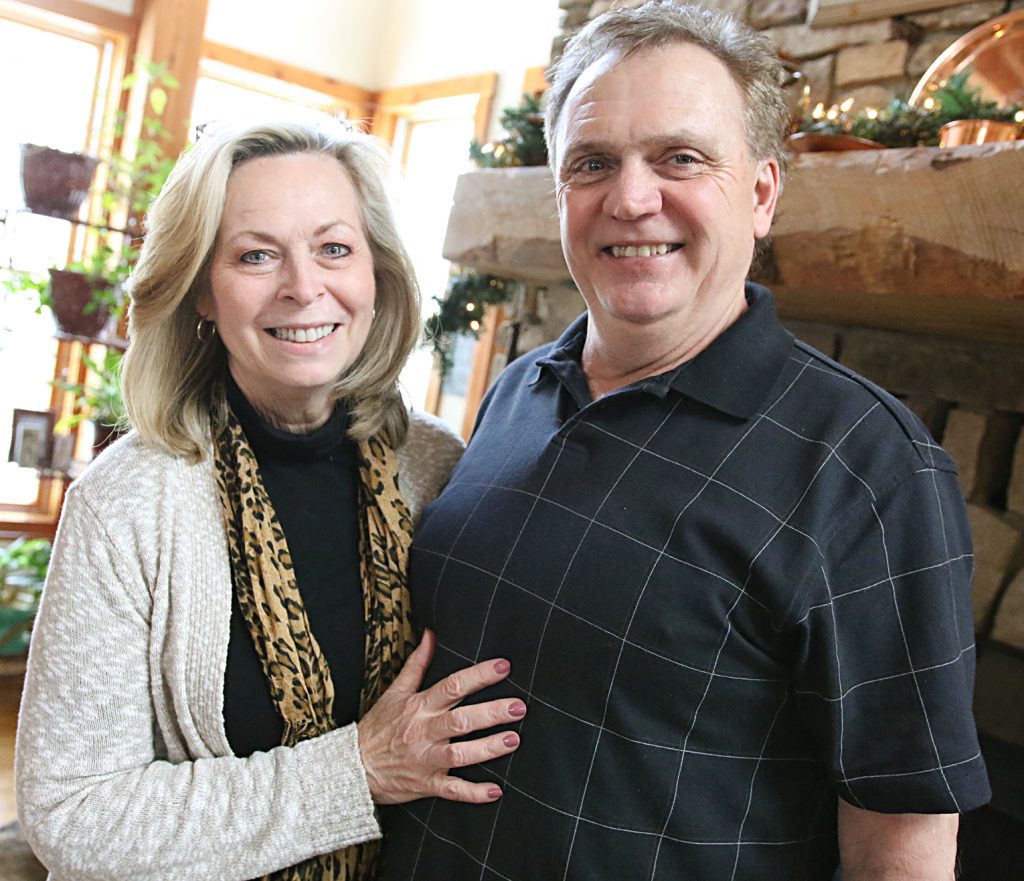 Rachel Willison, RN in the UPMC Western Maryland Emergency Department, does not do well with downtime. She thrives in the intense atmosphere of the ED. She works long hours, signs up for back-to-back shifts and enjoys the grind – even amid the challenging atmosphere resulting from the COVID-19 pandemic.
At the end of last year, Rachel was forced to do something she hates. She had to stop.
Shortly after Thanksgiving, after experiencing symptoms consistent with COVID-19, Rachel tested positive and figured she would be back to work in about two weeks. After having a hard time recovering from the virus, it was clear she would need to be away a lot longer. Rachel didn’t return to work for 68 days.
“At first I was just congested,” she said. “My taste was a little off, but I just thought it was my typical allergies and sinus trouble. I had no idea what I was in store for.”
During the first two weeks, Rachel experienced a lot of fatigue. “I felt worn out. I never had a cough or fever, but when I breathed through my nose it felt raw – like I had been running outside in the cold.”
Soon, an elevated heart rate resulted from doing simple things. “I chalked it up to sitting around for two weeks, but it progressively got worse to the point where after walking upstairs my heart rate was 140.” She was also experiencing dizziness.
These new symptoms resulted in a quick trip to the ED. “My nurse brain told me to go,” Rachel said. “I had seen so many different outcomes, including mild patients who got really bad really quickly.” Thankfully, she did not need to be admitted to the hospital.
From Christmas through the second week of January was the worst period, as she was more symptomatic. “I was nauseous, dizzy, and my heart rate remained high.”
During her illness, she was under constant care from her primary care doctor. He told her that she had likely recovered from COVID itself, but the havoc the illness wreaked on her body was so great she had a hard time recovering. Thankfully, by the end of January, Rachel’s symptoms were milder. She was able to increase her levels of activity.
The time away from work was difficult for her for a lot of reasons. “It was hard for me to be off,” Rachel said. “I was not that sick. I was one of the lucky ones who didn’t need admitted/didn’t need a ventilator. It was difficult to talk to my coworkers and know all they were going through in the ED and not be able to help.”
However, she knew time was needed for her to heal, and, thankfully, she was never burdened with worrying about putting work ahead of her health. “I had to keep telling myself that I needed to let myself get better,” she said. “I’m not one to just sit and not do stuff. Obviously, things weren’t right. I couldn’t even take my dog outside.”
Like she always does, Rachel was able to find a silver lining during those challenging weeks at home. “I did things like read, work puzzles and things I never have time to do otherwise, so that was kind of nice in a way. I found some time for myself, finally.”
When she was finally able to return to work in mid-February, her coworkers welcomed her back with open arms and a funny flyer of her face on a milk carton. “They all know I like to goof around and play jokes and have fun. They sure gave me a hard time and still do, but it’s all in good fun.”
Now firmly on the right side of the disease, Rachel doesn’t forget she is one of the fortunate ones. “I just thought I’d be out two weeks, so I feel like I’ve been through a lot, but on the other side of that, I’ve seen how bad it can get for people, so I know I’m blessed.”
As she continues to heal, she is glad to be gradually getting back to her normal, busy self. “It’s good to be able to be on the side I’m used to and to be able take care of people again. I have a big part of my life back.” 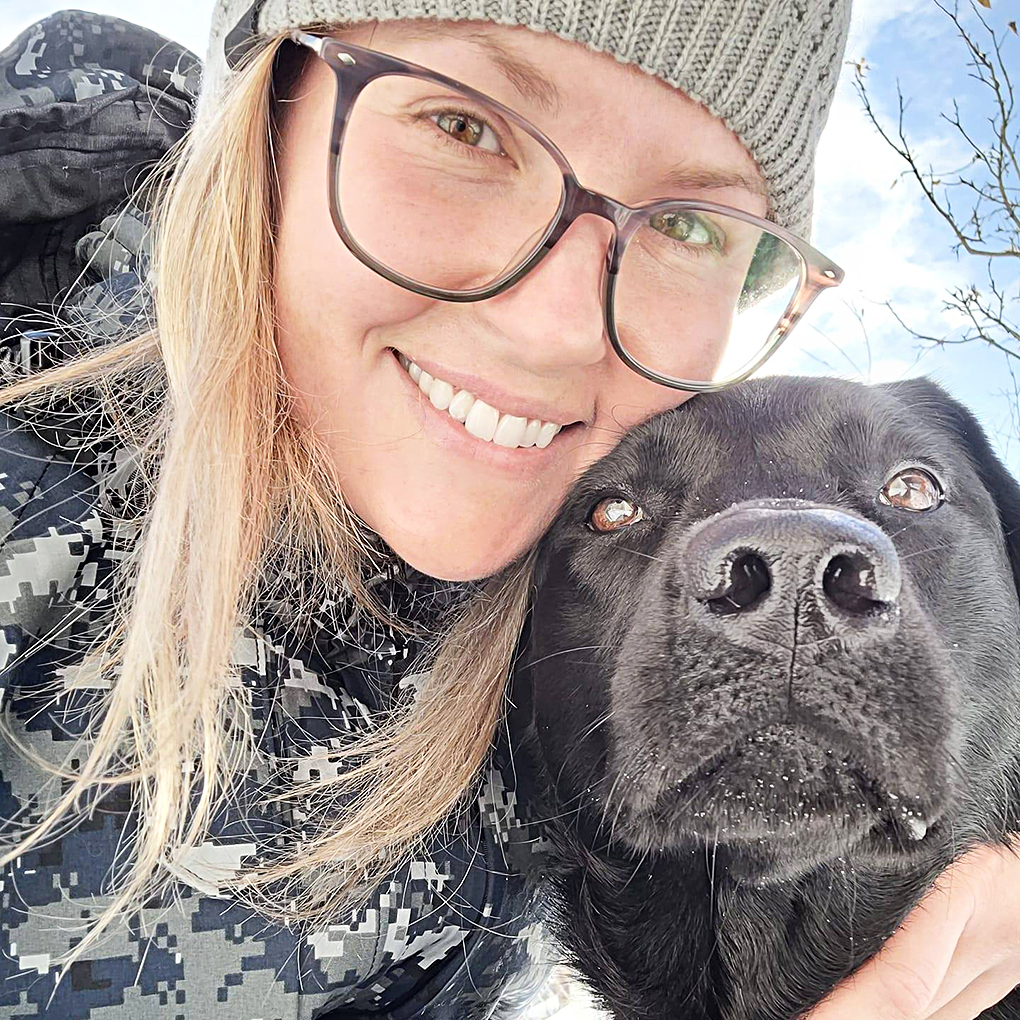