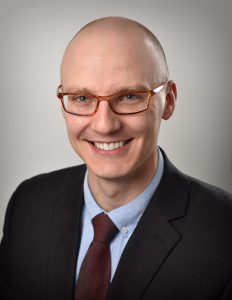 The Council consists of members from state agencies and administrations involved in cancer screening, prevention and treatment services, as well as members representing the general public, the business community and the health and scientific disciplines concerned with cancer control.

“When I first heard about the Council I thought it would be important to be involved with it,” Kosewski said. “This is the first time a representative from UPMC Western Maryland has been on the Council.”

As a member, Kosewski attends quarterly meetings that includes a statewide annual conference held in Annapolis. The Council advises the Governor, other government officials, public and private organizations and the general public on comprehensive state policies and programs necessary to reduce and control the incidence and mortality of cancer in Maryland.

With the majority of representatives on the Council being from the Baltimore and Annapolis area, Kosewski said it is important that western Maryland be “connected with this Council that impacts the care of all Marylanders.”

Having “a voice on the Council is important to coordinate our efforts and work with the state’s Cancer Control Plan rather than work upstream,” Kosewski said. “I wanted to connect UPMC Western Maryland and our region with the state’s efforts. There are incredible state agencies, clinical experts and thought leaders here in Maryland that are working each day to lower cancer incidence and mortality rates. Unfortunately, western Maryland hasn’t often been represented. I want to bring western Maryland to them.”

Over the next three years of his term, Kosewski hopes his role will blossom into being a voice for western Maryland and to provide a foundation for the region’s involvement after his term expires.

“This is something that is very important to continue,” he said. “This Council., in its 27th year of service in Maryland, has helped the state become a national leader in efforts to reduce cancer mortality and increase access to prevention and screening programs, among many other initiatives. We need to have a voice to bring all that good work back to western Maryland.”